< Back to latest updates

Pendle Performance – the UK’s premier automotive software developer – recently headed out to Spain, where the team attempted to break several Motorsport UK records for diesel vehicles between 2.0- and 3.0-litres.

The vehicle chosen for the task was a VW Amarok 3.0 V6 TDI – a machine which has spent extensive hours in Pendle Performance’s Lancashire HQ where bespoke hardware and software were supplied to give it the ‘OEM+’ levels of performance and refinement that is synonymous with this tuning company.

With the records previously being held by a Mercedes E300TD car, the team had their work cut out attempting to beat them in a large pick-up truck. 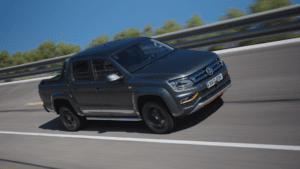 The vehicle remains largely stock, but has received some extensive under- bonnet enhancements to help it achieve record-breaking acceleration and speed figures.

Firstly, a new turbocharger was developed at Pendle Performance’s HQ. This was designed to spool faster in the lower RPM ranges, but also flow more efficiently in the higher RPM ranges, offering optimal driveability across the full rev range.

A larger intercooler and exhaust system were also installed to ensure exhaust gas and intake temperatures were kept in check. It’s important to note that all factory sensors remain in place to ensure the vehicle runs and can monitor itself just like a standard car could.

Finally, bespoke Pendle Performance ECU software was supplied, giving the Amarok a safe and useable 380bhp and 860Nm of torque. 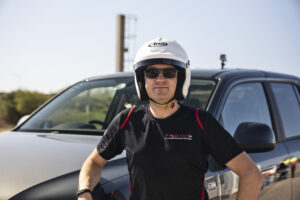 Ray Collier from world-renowned independent tyre testing company, Tread Ltd, approached Pendle Performance with a strict brief about building the equivalent of an ‘Amarok R’ that would see the vehicle being upgraded to the very best it could be,whilst retaining the useability and reliability that you’d expect if Volkswagen made the vehicle itself.

It was only once the vehicle was finished that both Ray and Martin from Pendle HQ believed it would be a worth contender to break some of the aforementioned records.

There was good reason that Ray was so specific with his requirements, too
– he would be the man who would eventually pilot the Amarok at speeds pushing 145mph out on the test track.their work cut out attempting to beat them in a large pick-up truck. 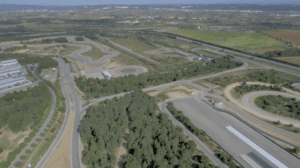 With the car complete, the team flew out to the world-class Applus+ IDIADA proving ground facility just outside of Barcelona in Spain.

This 360-hectare site is shrouded in secrecy to allow manufacturers to perform shake-down
tests on their latest models. The team hired the monstrous 7.5km high-speed test circuit that frames the entire site. With straights of over 2km long, this was the perfect place to perform most of the tests, including the ‘top speed’ test where Ray would aim to push over 145mph in the Amarok.

Pendle Performance would also like to extend a huge thanks to Davanti Tyres, for loan of their workshop for the duration of the testing. 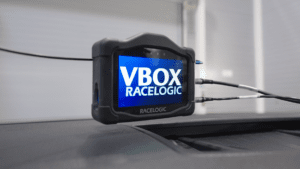 used to accurately record the results of each test carried out.

This is the latest industry datalogging technology from Racelogic, that creates a live data map of each individual tyre – data that can be viewed in both real-time and also after testing has been carried out. Amongst other things, it also displays GPS speed and VMAX.

This gear allowed the team to independently verify each record attempt carried out, as it is recognised by the MSA and Guinness Book of Records as an independent testing device.

Following a day of intense testing, we are pleased to reveal that we

smashed every record that we attempted to beat.

These records are UK records that fall under Motorsport UK’s ‘Class D’ category (Diesel Vehicles Between 2.0- and 3.0-Litre).